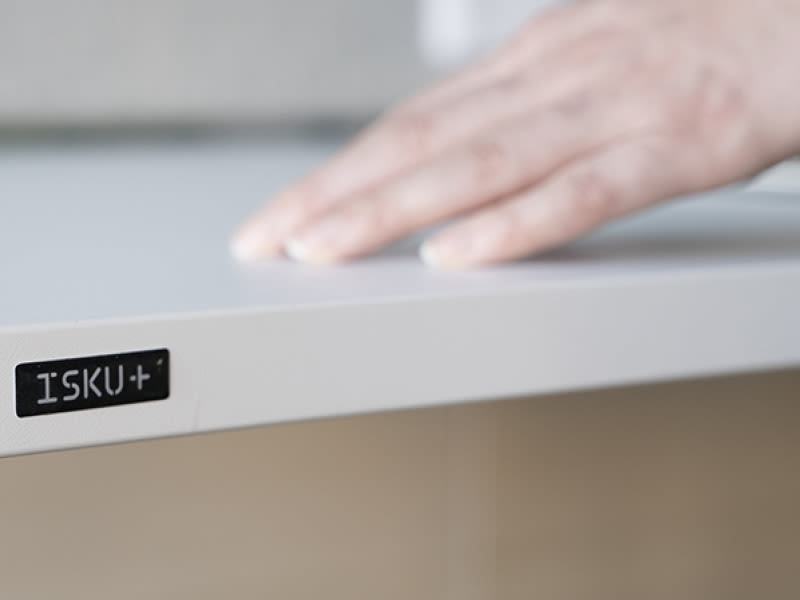 Why we didn’t pay attention to contact surfaces earlier?

What the antimicrobial contact surfaces has to offer for work interiors.

The coronavirus pandemic caused general hysteria towards contact surfaces. You can now see acrobatic techniques in public premises to avoid touching the door handle, escalator railing or elevator button. Taking it to extreme, people are provided with keychains for pressing the elevator buttons. Contact surfaces are avoided at all cost whilst scientific understanding of the true role of them in the coronavirus pandemic remains unclear. The situation is understandable, but chaotic at the same.

Contagion hides in plain sight on contact surfaces. The pandemic raised the awareness on contact surfaces in public premises, though this could have happened considerably earlier. Contact surfaces have always been an integral part of the chain of infection. It’s been demonstrated that a person may spread norovirus from one contact surface to seven subsequent clean surfaces (Pyrek, 2017). Hands are the most important part of this chain. Hands carry viruses and bacteria not only to surfaces, but also to respiratory organs e.g. nose causing the infection itself. According to a study, people touch their face an average of 23 times per hour, in rounded figures once every three minutes or 180 times during the working day (Yen Lee Angela Kwok, 2015). Thus, when the hands are infected, numerous chances are given for harmful germs to cause the infection. You can try to protect yourself with awareness, but as an alarming example, this study was conducted with medical school students. That conveys a message about the effectiveness of the awareness strategy. Luckily, there are better options available.

It's hard to fight an invisible enemy. Human being is referred to be inherently lazy. The more active role a person bears in the hygiene control, the easier the control fails due to fatigue or human error. This applies to cleaning and hand washing which are the most effective means of infection control. Passive and automated systems are likely to bridge the gap created by human error. There are now numerous commercial applications for passive infection control on the market e.g. disinfecting lights, air purification, touch-free applications etc. One of the most maintenance-free options is the ISKU+ antimicrobial furniture concept. The office needs furniture anyway, so why not to equip them with permanent antimicrobial contact surfaces at the same time?

ISKU+ is a proven concept, backed with research. The antimicrobial technologies used in ISKU+ furniture have been tested from the efficacy, safety, recyclability and durability point of view during the development work that has progressed since 2013. The most notable finding with ISKU+ concept has been its impact to reduce short-term absenteeism in learning environments. The antimicrobial classroom resulted 52% less short-term absences against its non-antimicrobial equivalent (Hyvönen, 2018). This impact offers substantial benefits for working interiors where sick leave causes massive productivity losses and expenses.

But how dirty office surfaces can be? Studies show that the desktop is up to 400 times dirtier than a toilet seat microbiologically speaking (Workplace Insight, 2017). In contrast to dirt, the antimicrobial ISKU+ desktop has been shown to reduce microbial load by 95% (Biocote Ltd., 2018). When it comes to the comparison between toilet seat and desktop, the astronomical ratio is influenced by cleaning practices. Nevertheless, this imbalance of germs can be seen perverted compared to the time spent at these sites. The ratio might be individual though, who knows. 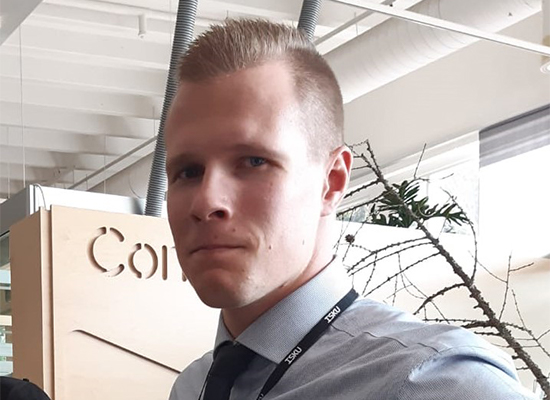 Joonas leads the concept development of antimicrobial ISKU+ furniture. He is experienced working within international marketing and sales with a degree of Master of Science in Economics.

“ISKU+ concept is an inspiring opportunity to combine the sustainability and social responsibility of ISKU with so called hard values of profitability and organizational productivity in our customers’ operations. Electric office desks were the revolution of ergonomic working conditions, antimicrobial furniture does the same via indoor hygiene.”

For Media
Material bank
ISKU at Expo 2020 for Media